The highest coastal mountain in the world

The Sierra Nevada de Santa Marta is a mountainous system full of magic where nature and the ancestral wisdom of indigenous peoples make it a unique place in the world.

The Sierra Nevada is considered the highest coastal mountain in the world, where its snowy peaks Bolívar and Colón reach a height of 5,775 meters.

The northern and western side of the Sierra Nevada was inhabited since 200 AD. until 1600 AD by the Tairona and their predecessors.

The peoples of the Sierra Nevada are characterized by their ancestral knowledge, the defense of nature and their spiritual strength. All these groups depend on the vitality and health of the ecosystems of the Sierra for their survival and economy.

The Sierra Nevada is the ‘Ancestral Territory’ of the original peoples, known as the Heart of the World, and contains hundreds of sacred sites. The people of the Sierra believe that people are in the world to care for the spiritual mothers and fathers of nature. Both the mamos and the sagas take care of each person according to the Law of Origin given by Sherankwa.

Within this mountainous massif there is an area of ​​scenic beauty and with great cultural significance, considered a sacred site: the Archaeological Park Teyuna « Lost City ».

The Sierra Nevada de Santa Marta was declared a Biosphere Reserve and World Heritage Site, in 1979 by UNESCO, due to the network of ecosystems that host countless forms of life.

Law of Origin and Peoples of the Sierra Nevada

For the Arhuaco, Kankuamo, Kogui and Wiwa indigenous peoples of the Sierra Nevada de Santa Marta, the Law of Origin is the sacred mandate that contains the principles and elements that sustain existence and harmony. of the universe, regulating everything that exists.

The Law of Origin is a set of teaching-learning codes that embody the Knowledge System and ancestral wisdom of the indigenous peoples of the Sierra Nevada, and that must be respected to guarantee social coexistence, harmony, and balance between all the natural components that make up the body of Mother Earth.

For 5 days (round trip) travelers can walk around 23 kilometers into the depth of the Sierra through, rivers, waterfalls to reach the Archaeological Park Teyuna – Ciudad Perdida (Lost City).

There are a great variety of routes that can be visited: surroundings of Minca, San Lorenzo, El Campano, Cerro Kennedy, etc.

Colombia is the country with the largest number of bird species in the world, equivalent to 36%, which makes it a destination frequented by amateur and professional observers. The Sierra Nevada de Santa Marta occupies 1.48% of the country’s and 0.011% of the planet´s surface, respectively. 35.45% of the bird species in Colombia have been registered in the Sierra, equivalent to about 7 % of the world’s bird species (ProSIerra). In the Sierra Nevada there is an Area of ​​Endemism of Birds and Areas of Importance for the Conservation of Birds (AICAS).

There are 44 of the 340 endemic species registered for Colombia, among these species there are terrestrial mammals such as the jaguar, the paramo deer and the tapir. There are 49 threatened species of the 3,057 registered and in plants a total of 126 endemic species have been registered. Among the plant species found, there are giant trees such as the snail (Anacardium excelsum), the milk ceiba (Hura crepitans), the chupo (Quararibea cordata), the wax palm (Ceroxylon) and the well-known tagua (Gaia dendron) stand out. as ‘vegetable ivory’. * These species are of ancestral use and management of the native peoples that live there (Natural Parks).

Due to its geographical, climatic, and geomorphological characteristics, the Sierra has a variety of ecosystems: equatorial humid forest, sub-Andean Forest, Andean Forest, paramo, super-paramo and snow floor.

Water is one of its greatest riches, it forms a hydrographic star of very high performance, made up of 35 rivers (16 are born in the park).

The Colón and Bolívar peaks are part of the highest area of ​​the Sierra Nevada de Santa Marta (with 5,775 and 5,560 meters above sea level respectively) and are considered sacred places by the ancestral Tayrona culture, whose descendants oversee the environmental balance of this zone. This destination is recognized as a Biosphere Reserve. 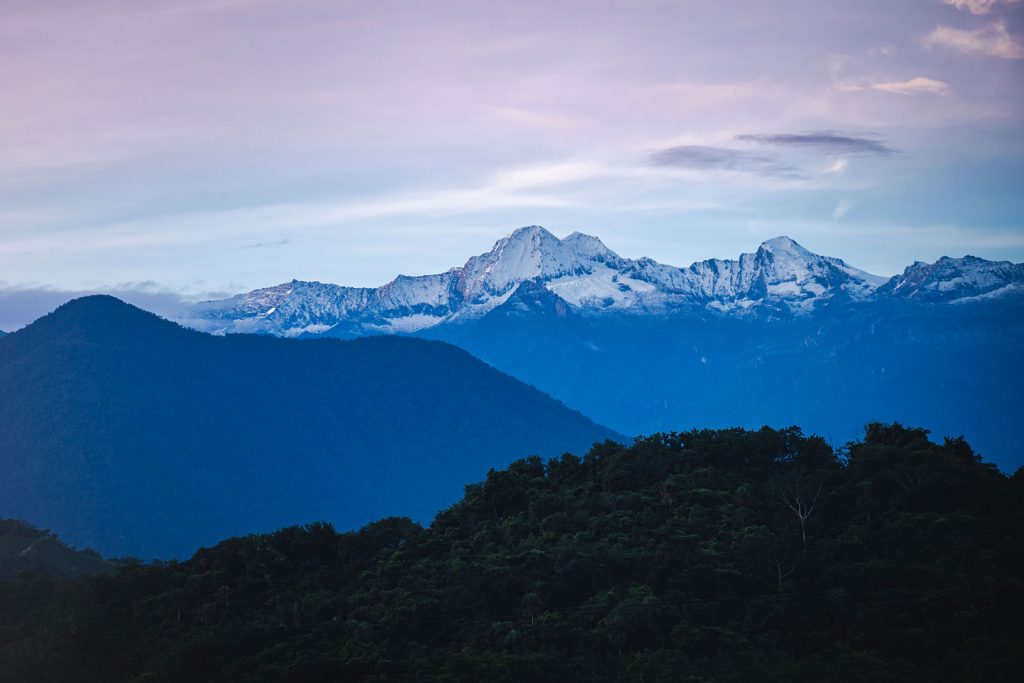 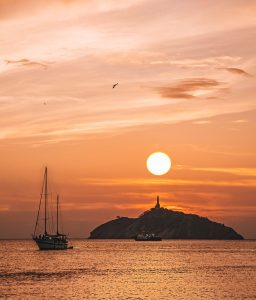 El Morro is the guardian, custodian, and witness of the historical evolution of Santa Marta. For many locals, El Morro is the best representation of being “Samario” and main. 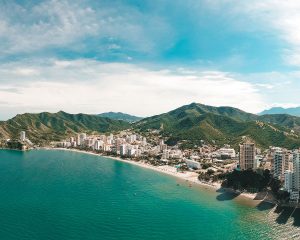 El Rodadero is a neighborhood located 15 minutes by cab from the city center. Many visitors book their stay in this area because of the high number of hotels, rental apartments, restaurants, and Rodadero Beach, possibly the most famous beach in Colombia. 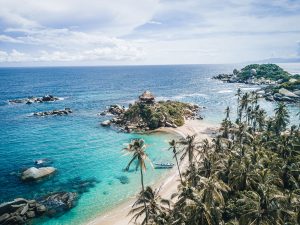 No results See all results
X